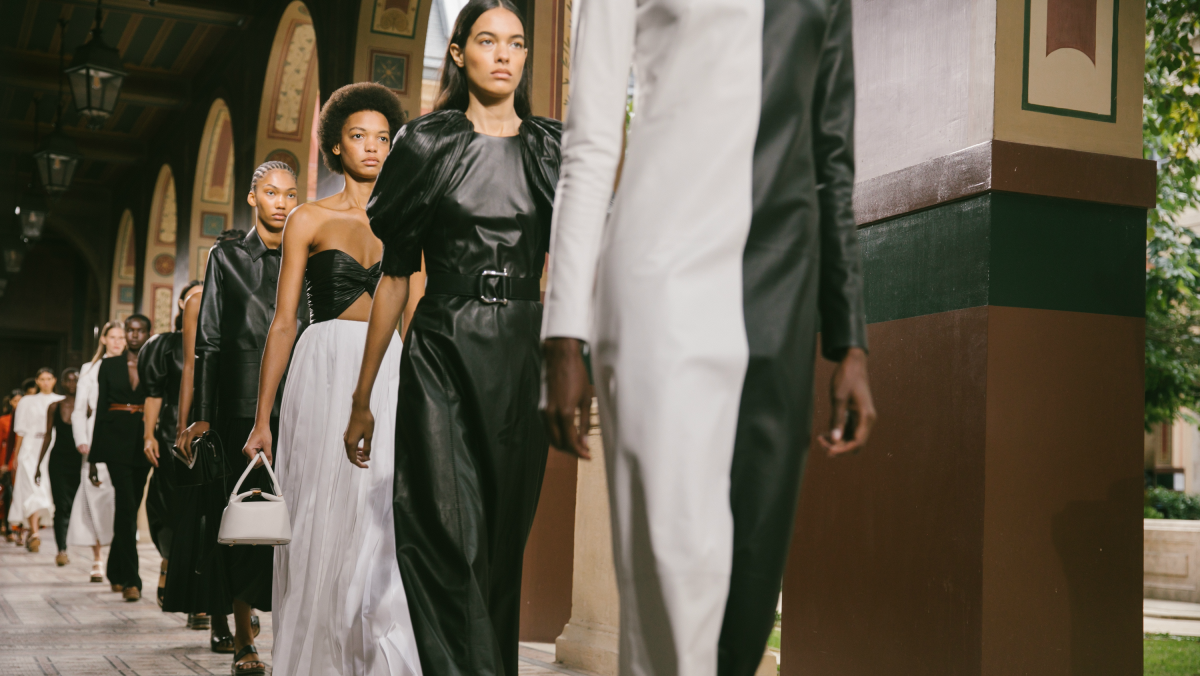 Check out the best looks from Paris Fashion Week as we close out this year's final month of fashion.

With a mixture of sadness and relief, we can safely say that the end of Paris Fashion Week today means that the month of fashion is over until next February. But really, the relief is just exhaustion speaking – if Milan was a jam-packed season, we couldn’t expect anything less for the French capital. Paris always fills up with la crème de la crème, to say the least; I think it’s something in the Parisian air that suddenly makes everything dreamier and prettier, not to mention the stunning architecture on every corner. If you are drawn to the magic of Paris as much as we are, keep reading to discover the highlights of the week along with the best street style looks.

The show started with a declaration that mushrooms are the future of fashion, and these fungi features all throughout the collection, not only in the prints but also in an incredible bag made from Mylo – a vegan leather made from mushroom roots.

As we’ve all come to expect, nearly two-thirds of the collection was made from eco-friendly materials. Mylo joined its sustainable counterparts on the runway: recycled polyester and elastane, regenerated nylon, forest-friendly viscose, and responsibly-traced wool all made an appearance.

In Stella’s words, ‘it’s [about] transitioning from the past and into the now and what tomorrow looks like.’

Balenciaga definitely put on a show, just as he did for the latest Met Gala. Upon arrival at the venue, every attendee had to pose on a pre-made red carpet. Between the theatrical arrivals, which were being broadcast live to the audience inside the theatre, actual celebrities began to arrive and started grabbing their seats among the general audience, blurring the lines between theatre and reality.

Creative Director Demna Gvasalia also premiered a special episode of The Simpsons – yes, the show most people have loved at some point – in which the characters featured pieces of his latest ready-to-wear collection.

Chanel is always one of the most awaited shows of the entire fashion month, and we can’t help to applaud the Maison once again. It was everything we could hope for on a Chanel runway, and it beautifully evoked the late ’80s and early ’90s.

I used to love the sound of flashbulbs going off at the shows in the ’80s when the models were on a raised runway … I wanted to recapture that emotion.

Logos and swimwear made the power couple everyone will remember as the closing of SS22 collections.

On his 10th anniversary for the haute couture Maison, Olivier Rousteing deserved well-merited adoration. The show was celebratory in many ways; one moment we’re particularly excited about was when Precious Lee and Alva Claire, two models whose bodies are bigger than the conventional sizing, walked the runway. ‘Fresh, audacious, empowering’ is how Beyoncé described Rousteing in her preamble, and we couldn’t agree more.

The collection was a prelude to that reminiscence of the good old archives, with Naomi Campbell opening the show and Carla Bruni closing it. 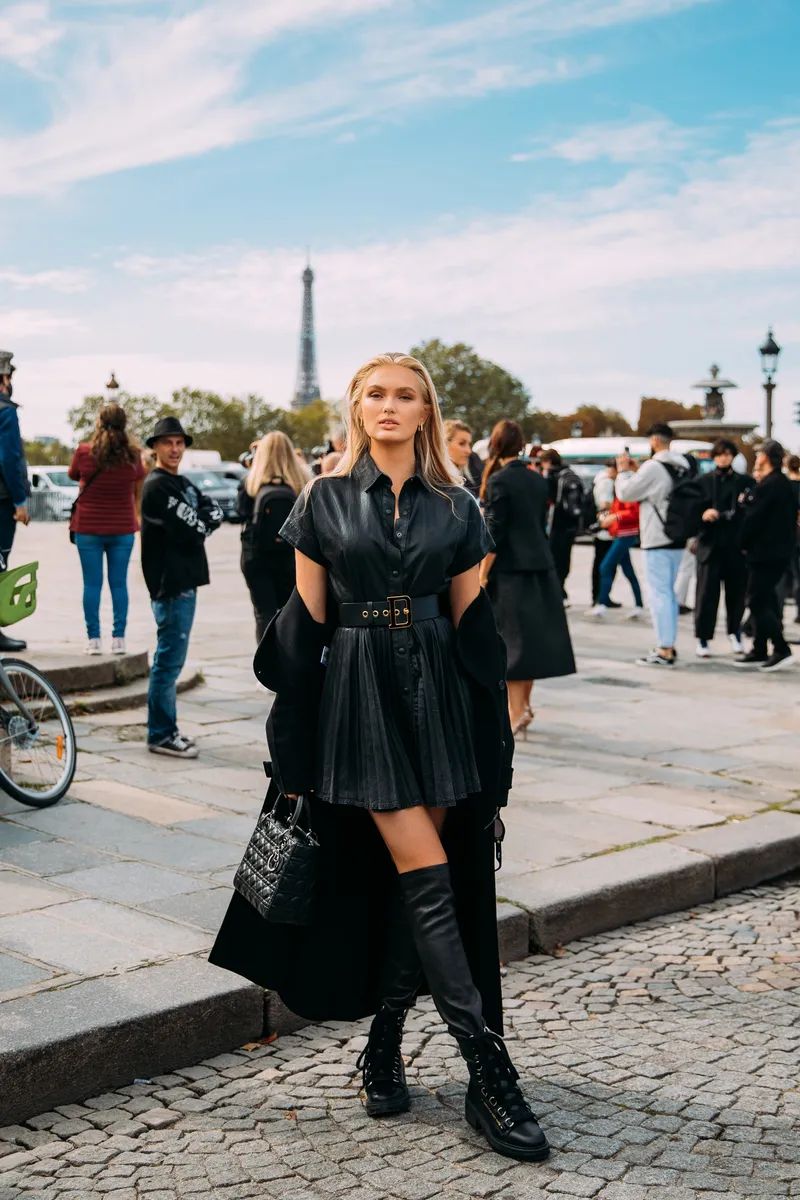 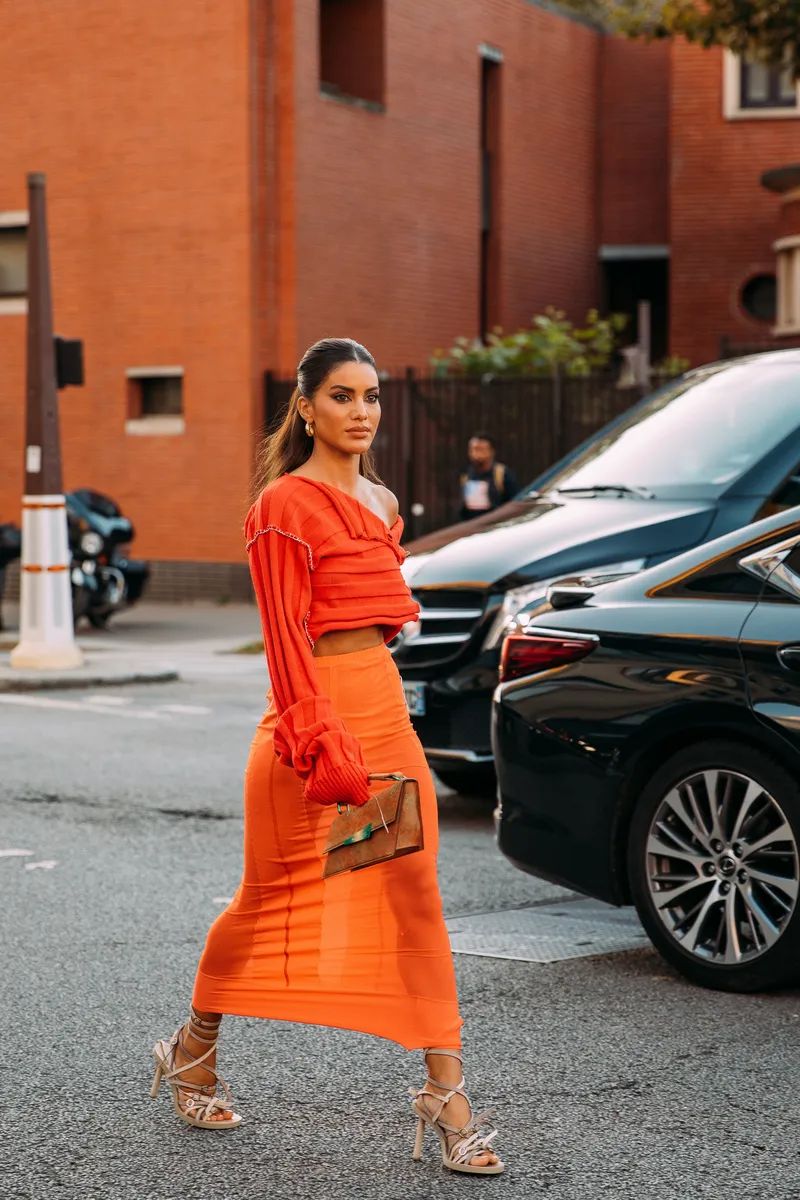 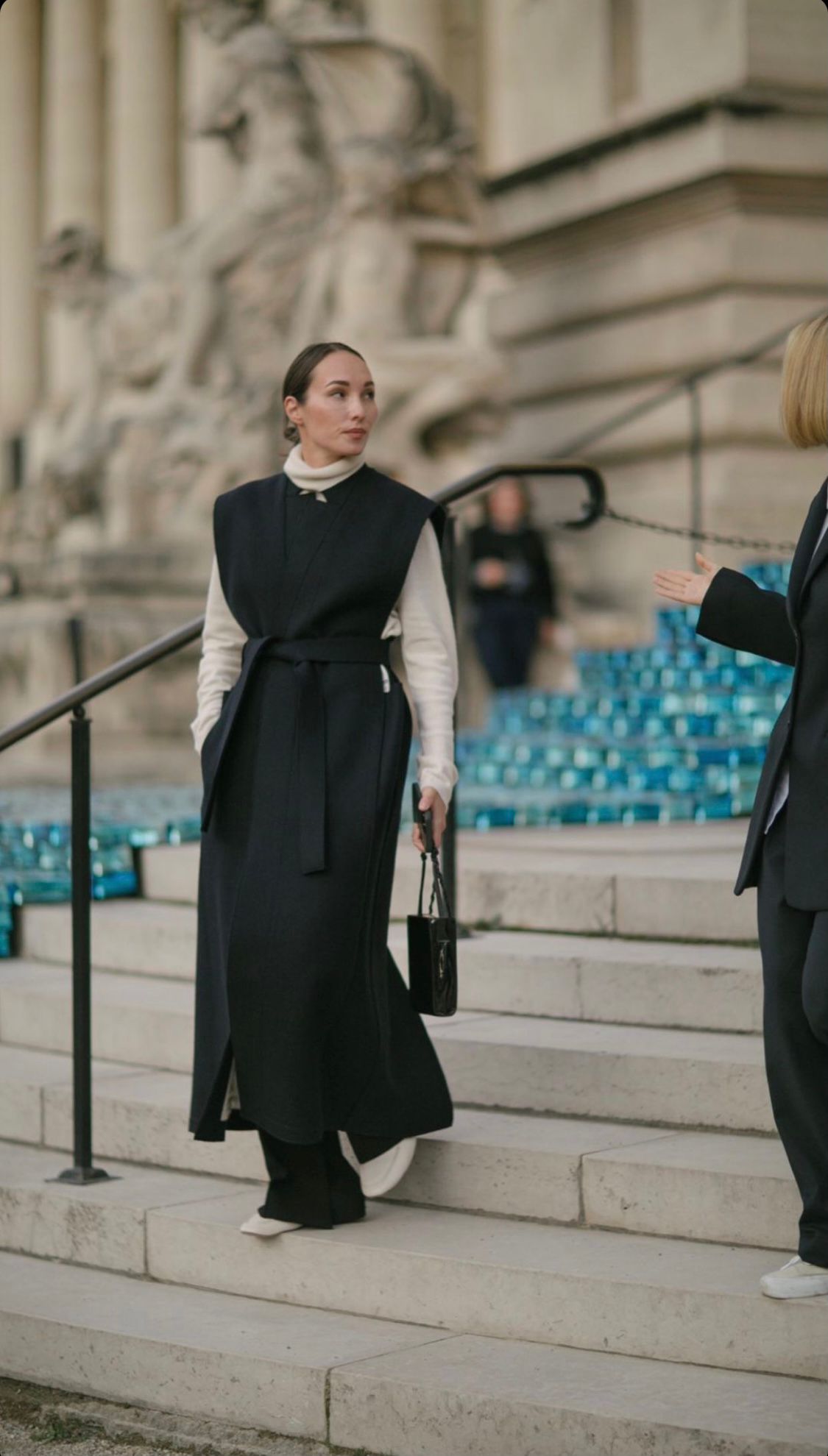 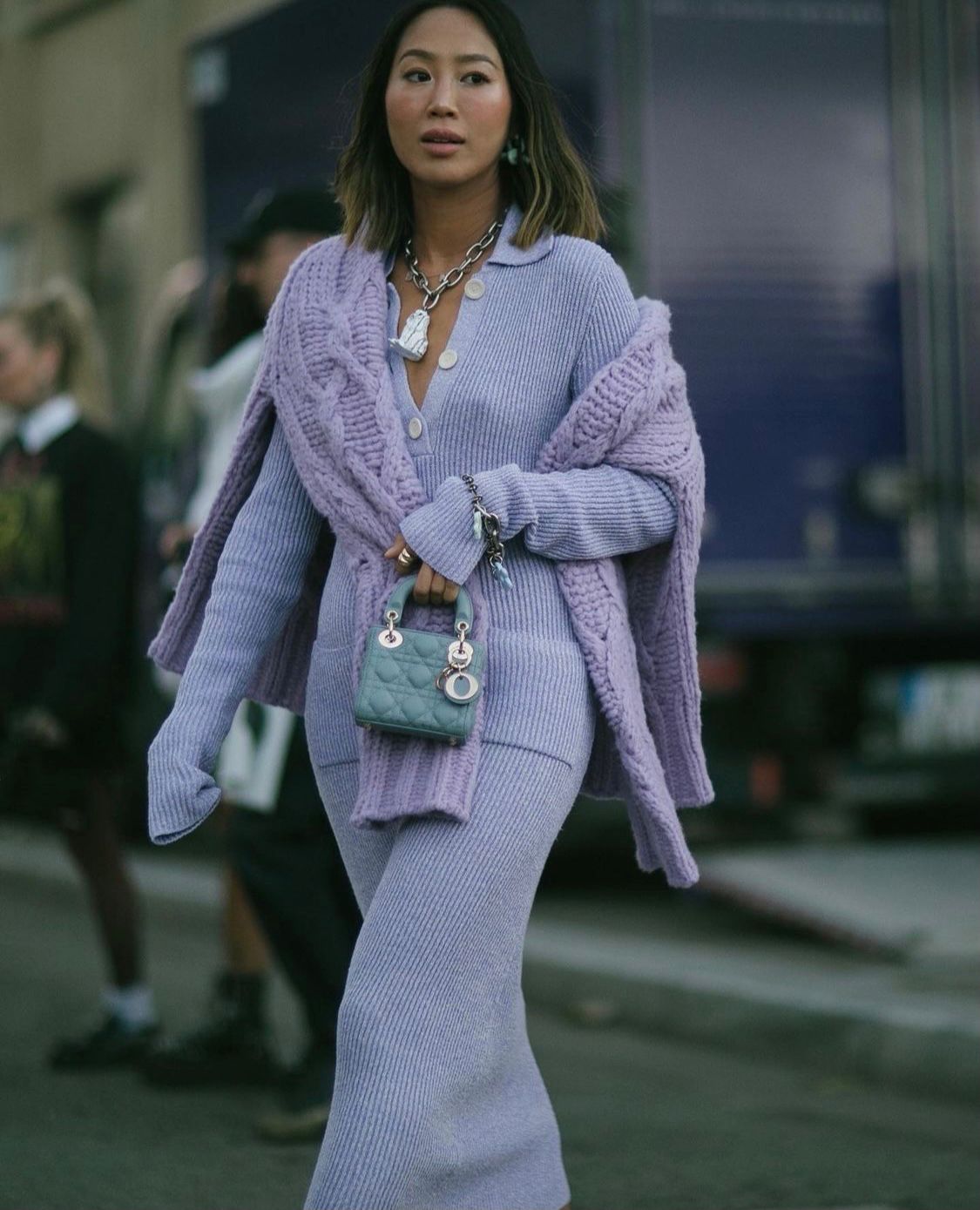 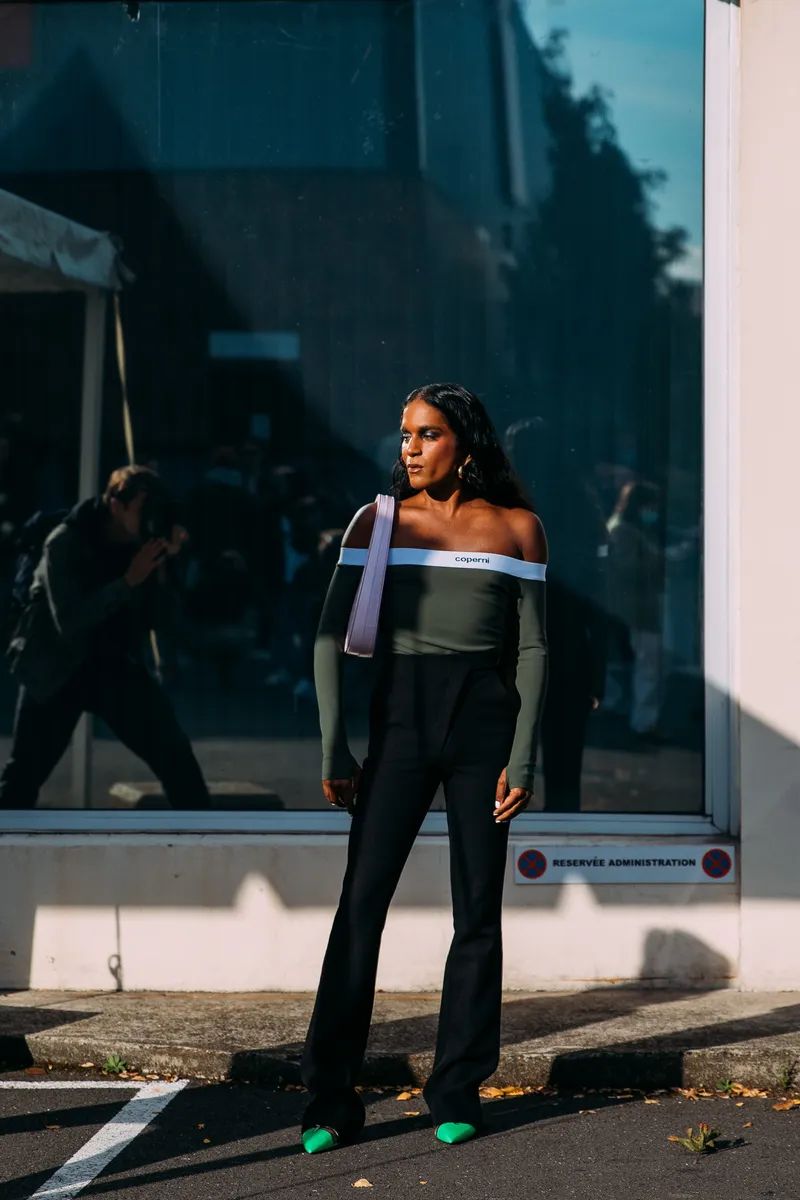 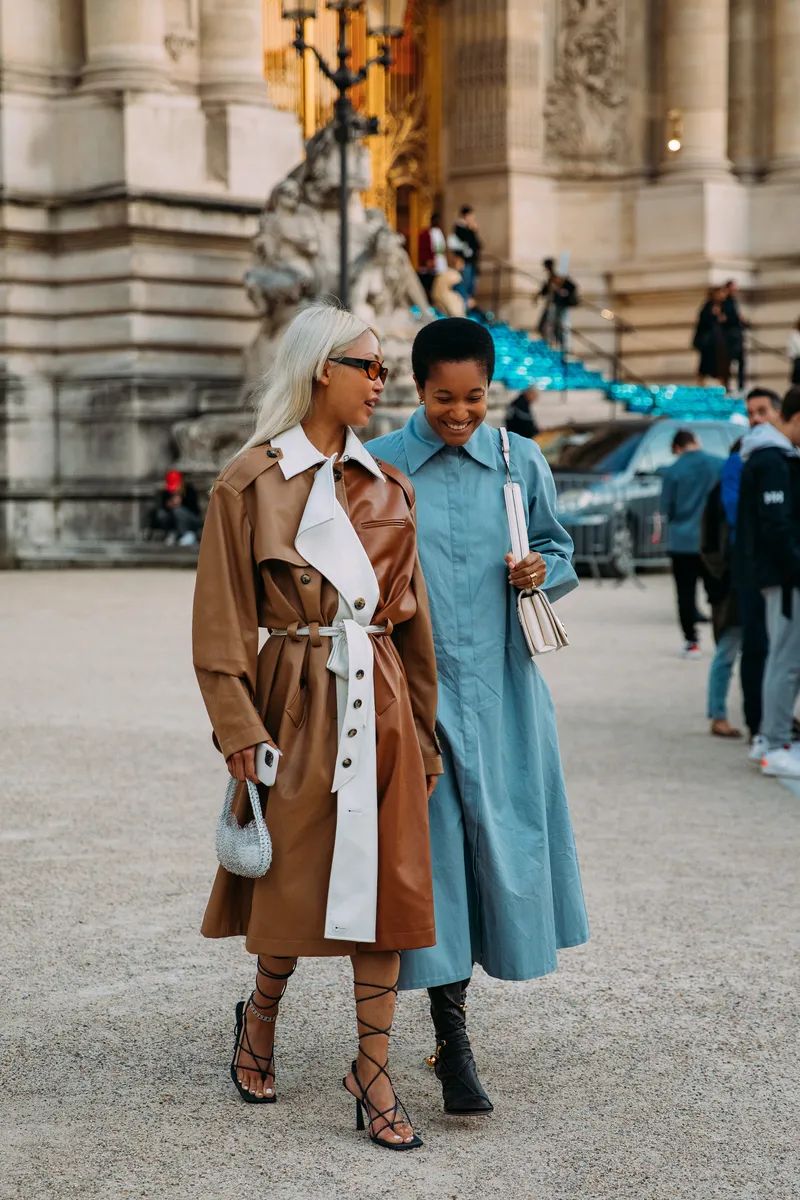 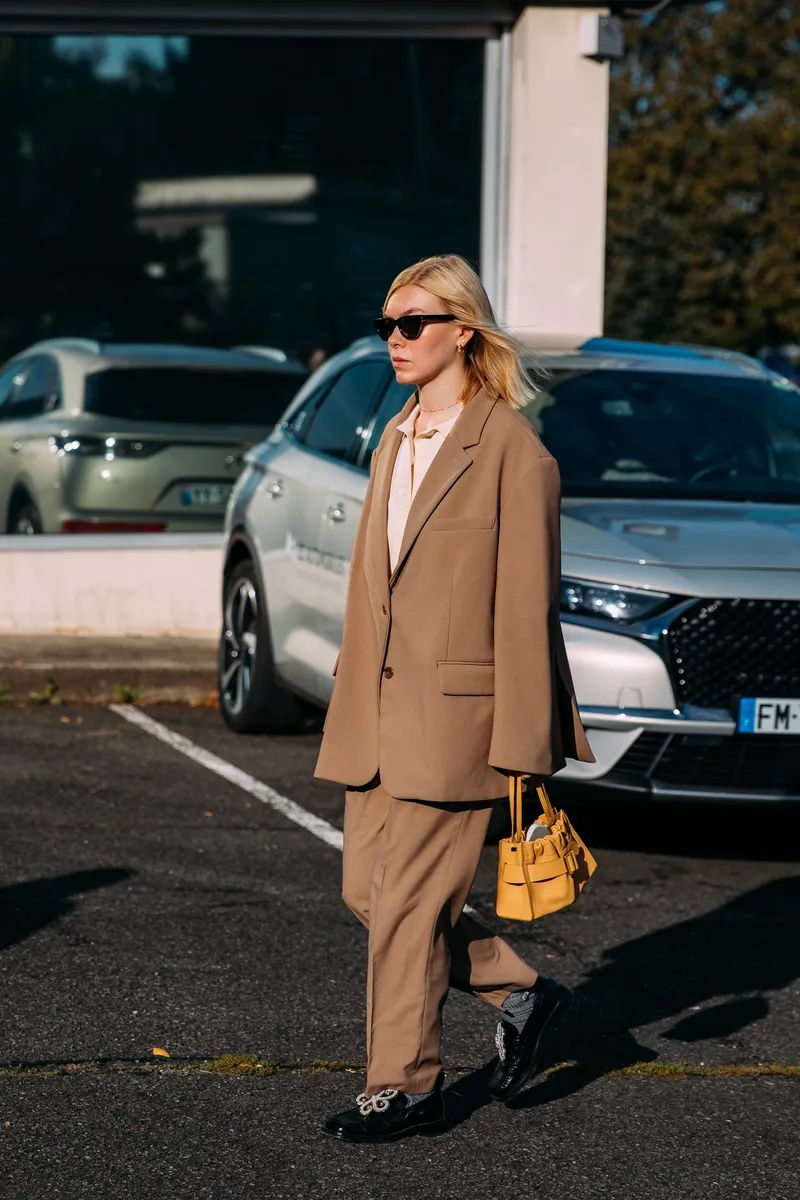 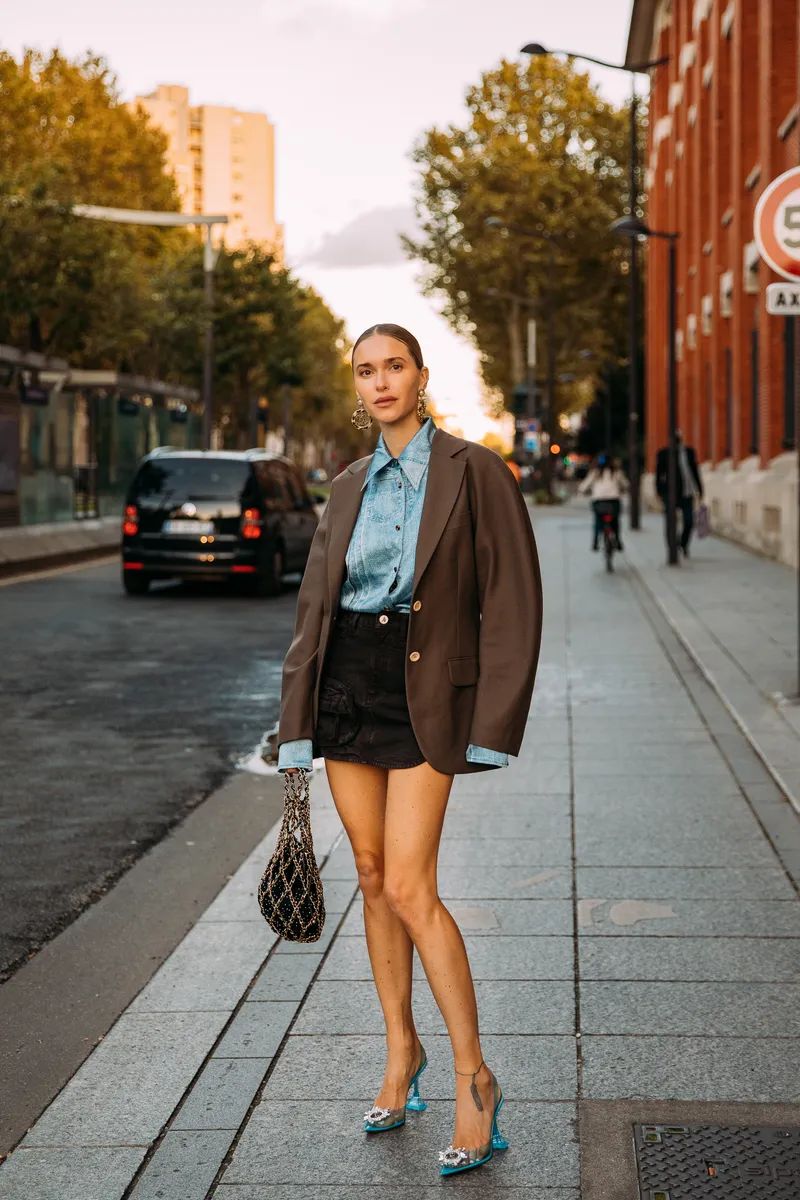 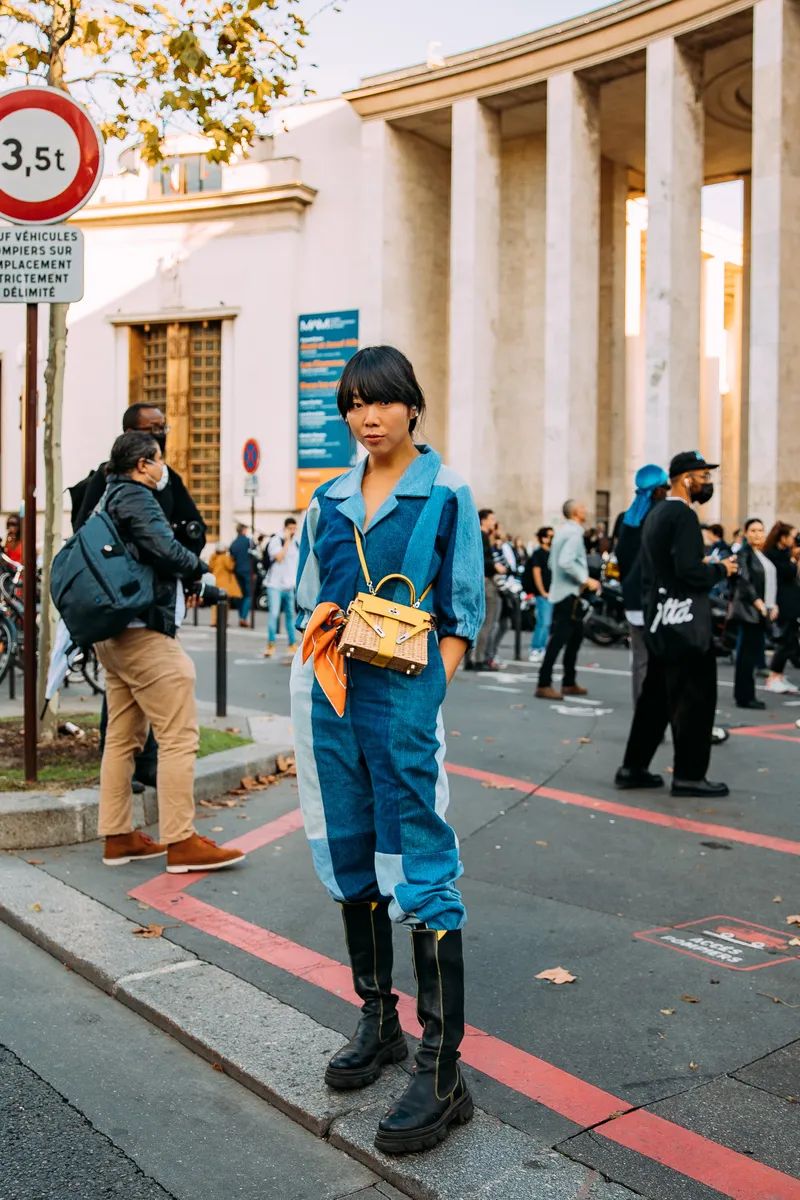 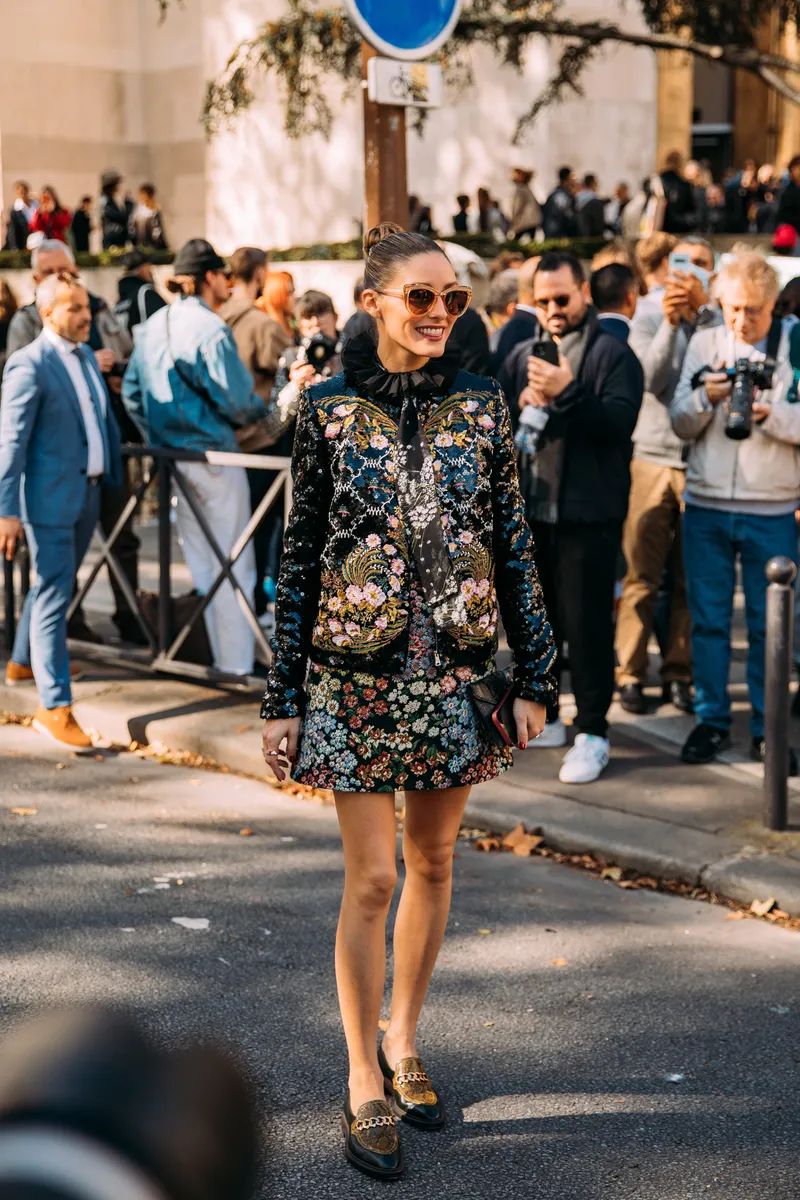 Is there anything more iconic than throwing a fashion show with the Eiffel tower as the background? Well, Anthony Vaccarello took it to another level as a magnificent towering waterfall structure rained softly on his guests’ faces as the last models made their way off the runway to Zimmz’s entrancing 'Eclipse’.

Vaccarello said after the show that he was picking it up where he left off in his Autumn/Winter 2020 latex collection. ‘For me, this collection is the continuation of the latex collection: it’s a style that I want to establish.’ The collection was also Yves Saint Laurent’s 1971 tribute to Paloma Picasso, something that we completely adored.

Even before Gabriela Hearst’s arrival at Chloé, the powerhouse brand was well-known to have the most beautiful clothes around. Still, sustainability has now made its way into the equation, and we can’t be happier about this. These are some eco pieces from the show: the rainbow vest-dresses were crocheted by hand, necklaces were made from seashells and knotted with offcuts from previous collections, and handbags were knitted from more strands of deadstock fabric.

The only thing missing here is the Chloé stamp, but these low-impact artisan-produced pieces will be given the highest status in every boutique and embossed with a unique ‘Chloé Craft’ logo.

Isabel Marant is one of those brands that shows that effortless Parisian chic like no other. And as an exhibit, the collection’s jumpsuits, ombré overdyed denim overalls, and sport-influenced separates were designed to ensure that you’ll get noticed for your clothes without feeling burdened by them.

I really wanted to have super healthy, sporty, beautiful women with a lot of skin and legs—like always.

The collection highlighted colourful daytime pieces and added a bit of magic sparkle for nighttime outings with shades of yellow, orange, pink, and violet, before closing with that midnight sparkle vibe.

Valli’s collection has gained a cult following of A-listers and influencers alike during the last few seasons. This time around, his collection was a young and fresh take on the classic romanticism: picture yourself in little light jacquard suits that looked like watercolour flowers, featherweight flouncy pink dresses, and bouncy plumed cocktail numbers. Yes, we are ready to take a night off and shine.

I like the idea of new feminism: girls, who have the power to be girls, in heels and T-shirts, almost naked, free to be themselves and not hidden.

As always, the French magic doesn’t stop inside the shows; as you probably know, street style outfits give you great inspiration for what looks to be a new, sexy kind of summer. Scroll on for our favourite looks from the Parisian corners.

If you liked this article, check our feature on Milan Fashion Week here. 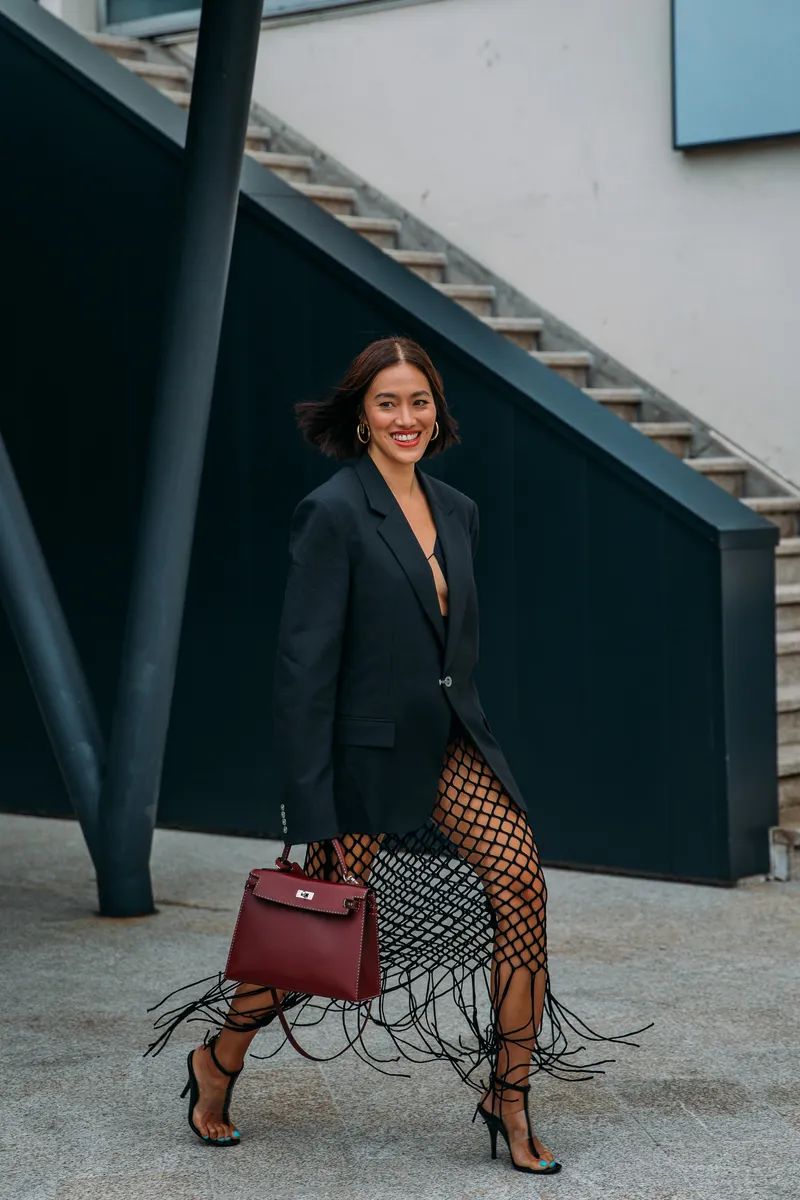 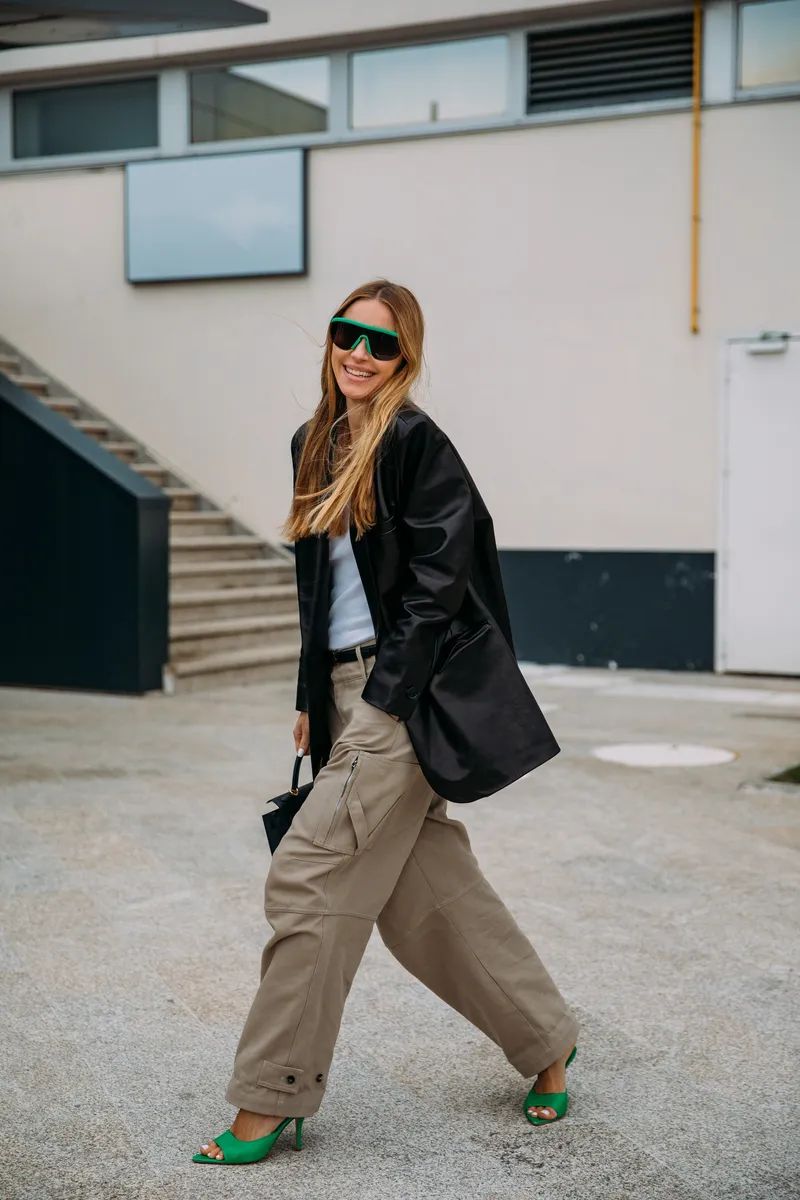 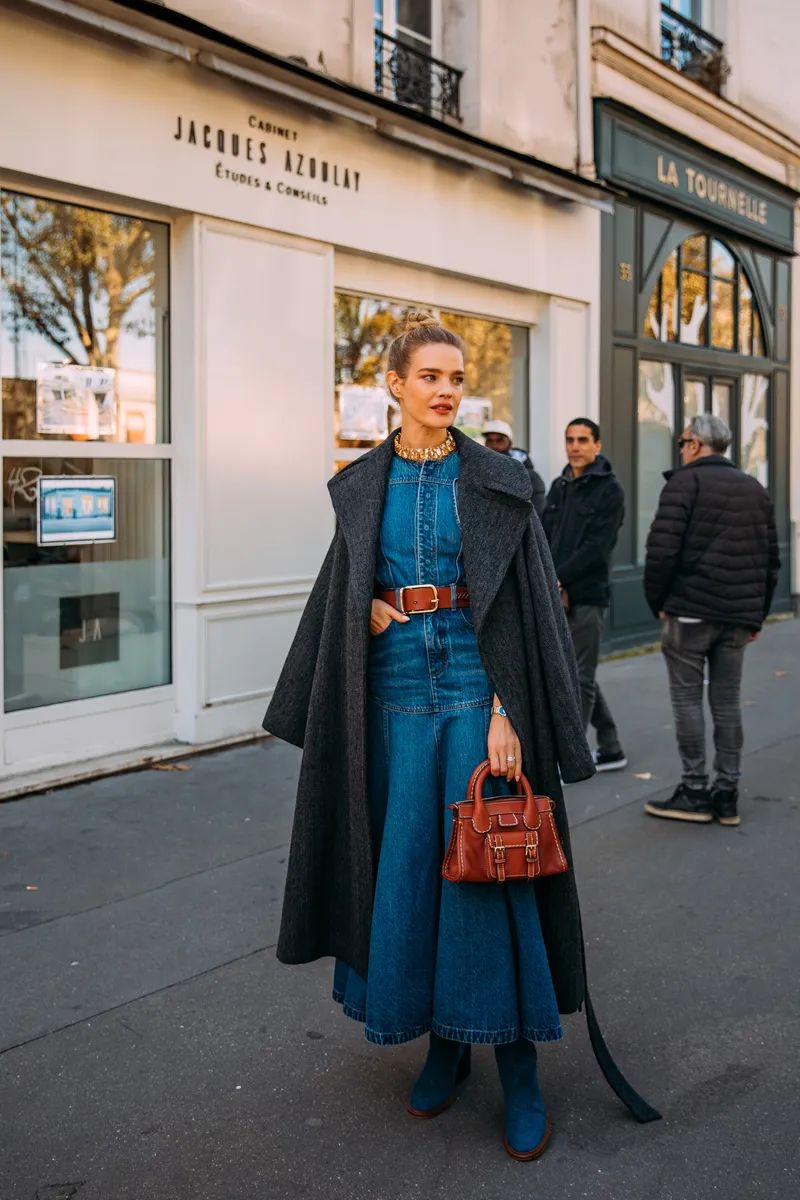 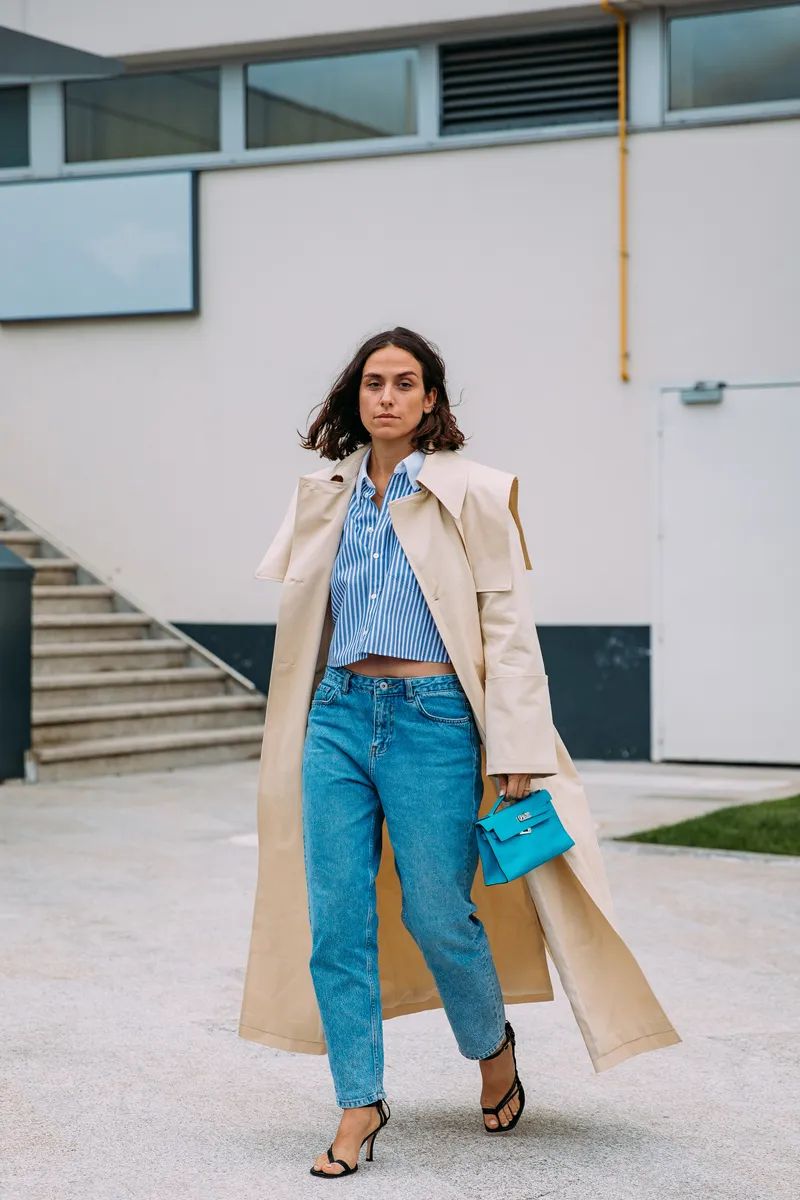 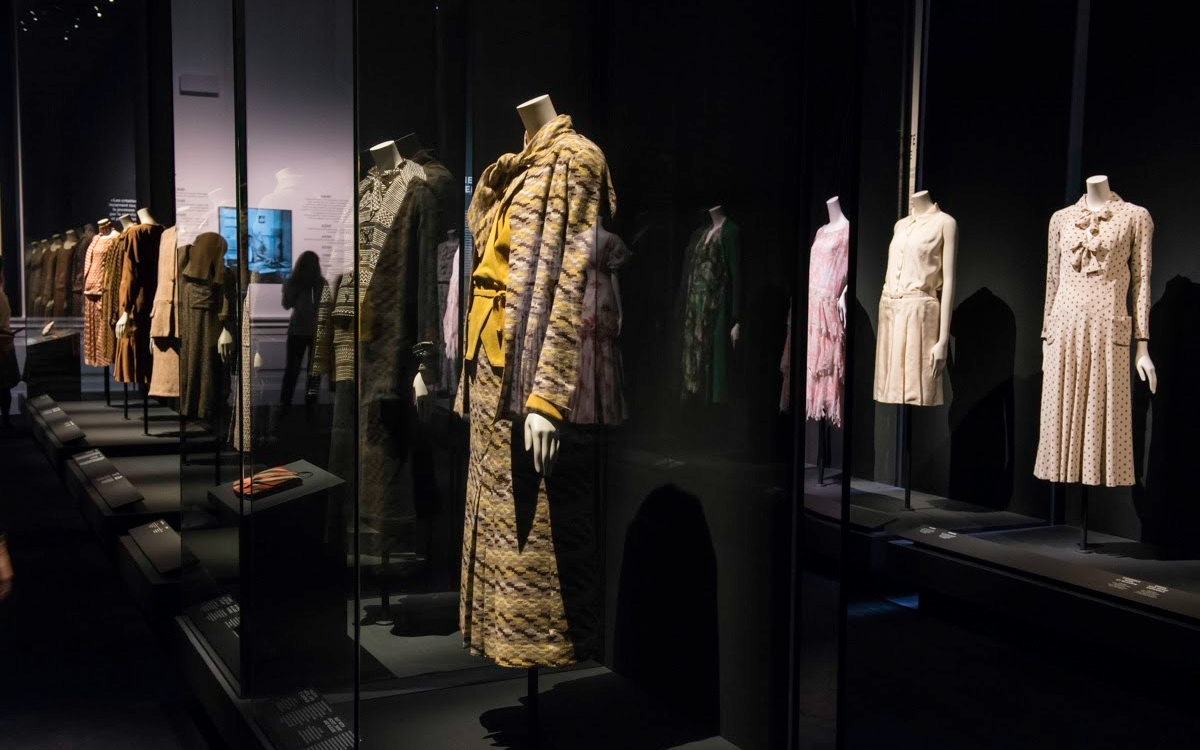 Fashion
·
Inside Gabrielle Chanel Fashion Manifesto: A Retrospective of the Iconic French Designer's Legacy at the NGV 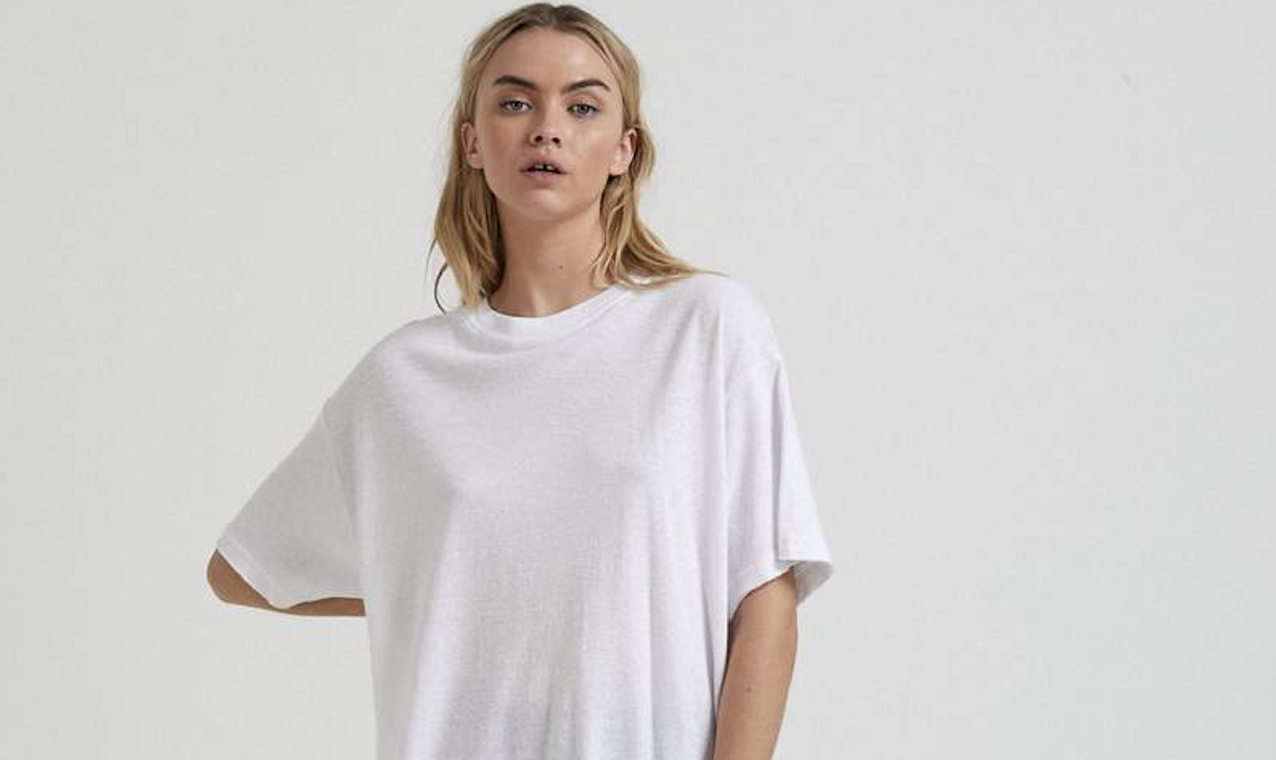 Fashion
·
Your Essential Guide to Sustainable and Ethical T-Shirts: What to Look For and the Best Australian Brands 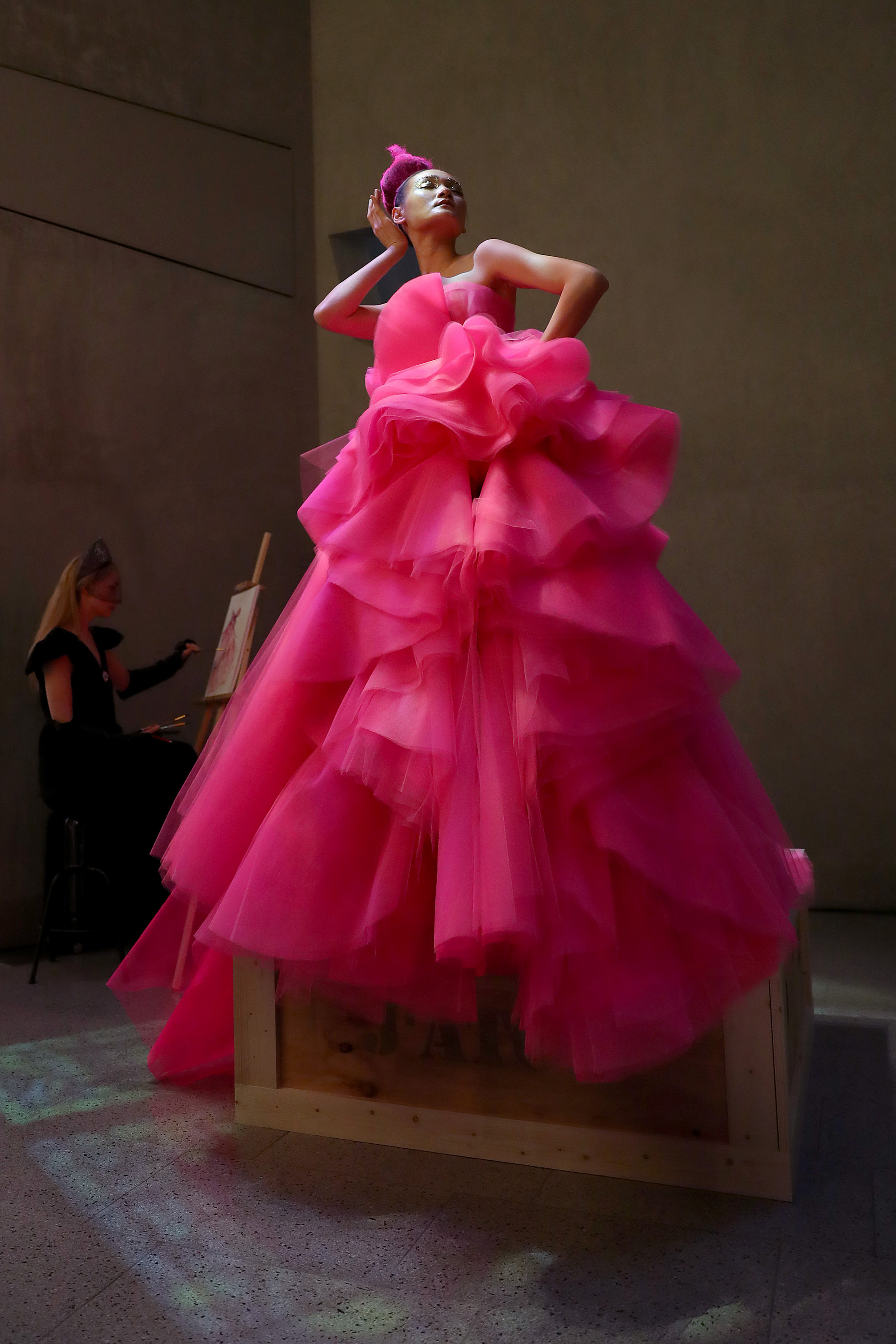 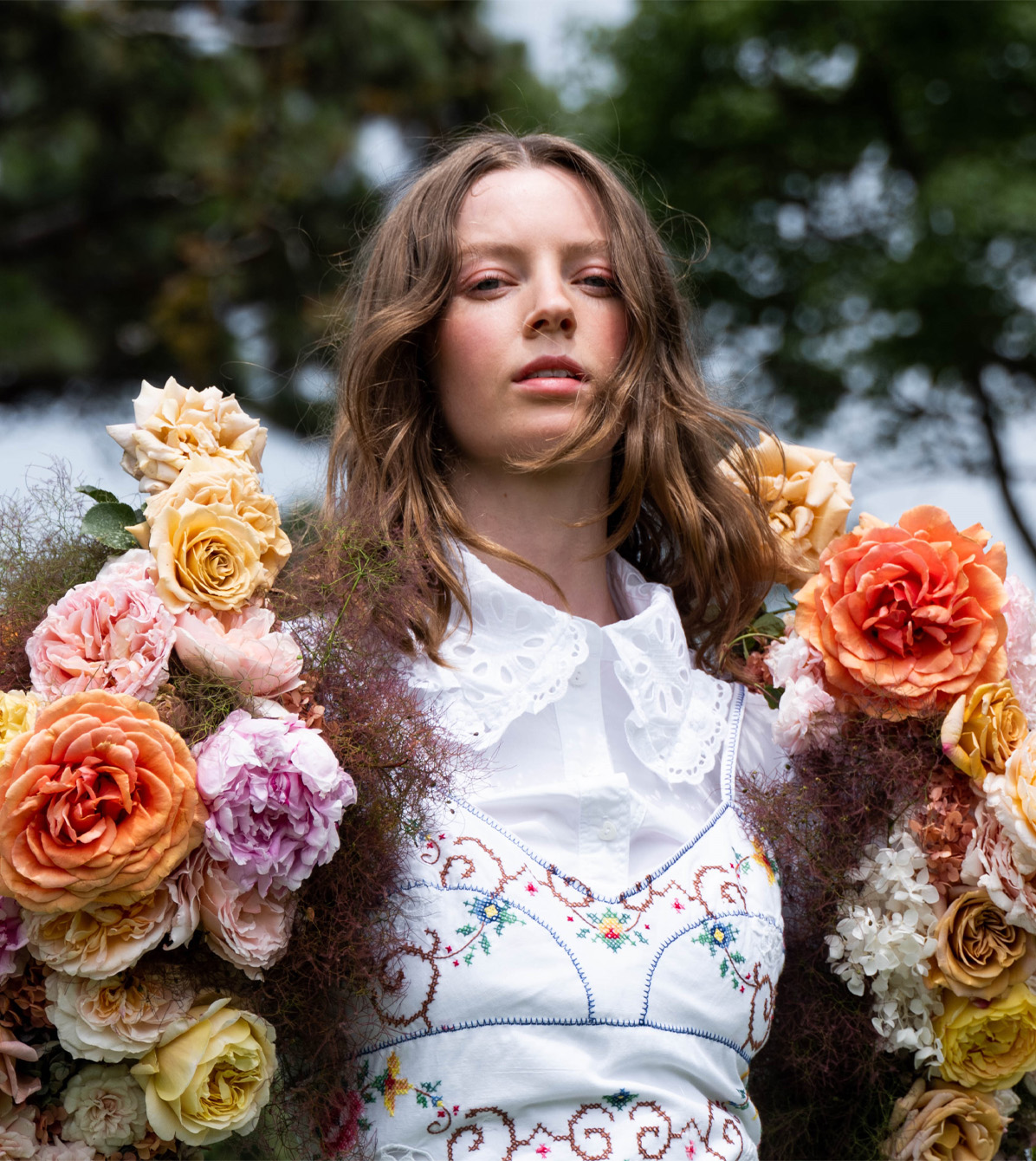 Fashion
·
It's Official: Melbourne Fashion Week Is Here!
BACK